Finally getting to redesign Gridiron Solitaire into what I had hoped I would be able to do when I started it. Here’s the new version of where the user picks his team. I had to keep functionality the same so Bill could just drop this in without having to recode everything. I took a few liberties with the team names, but everything has the same size and same positioning on the screen. First the new version: 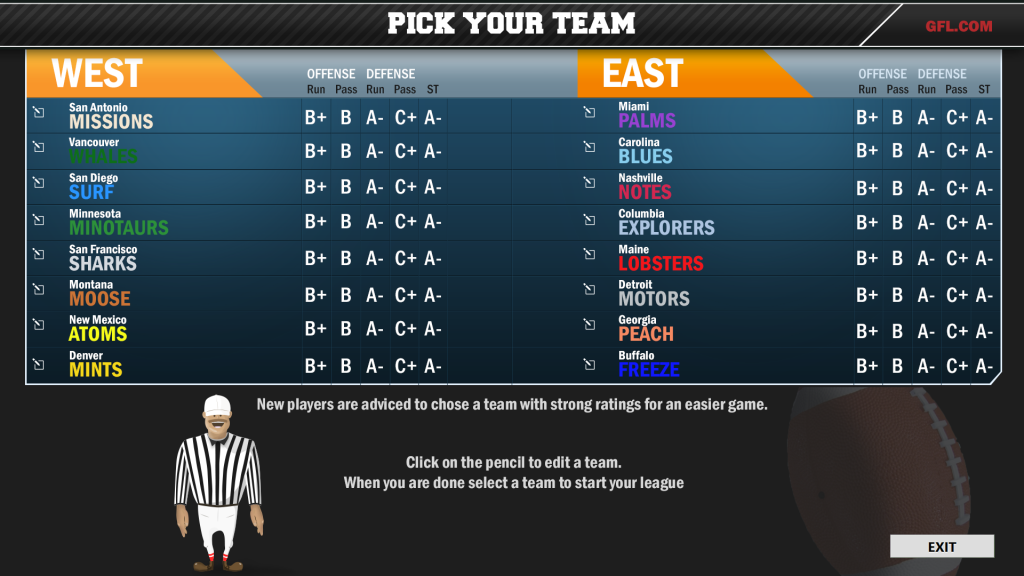 And the old version 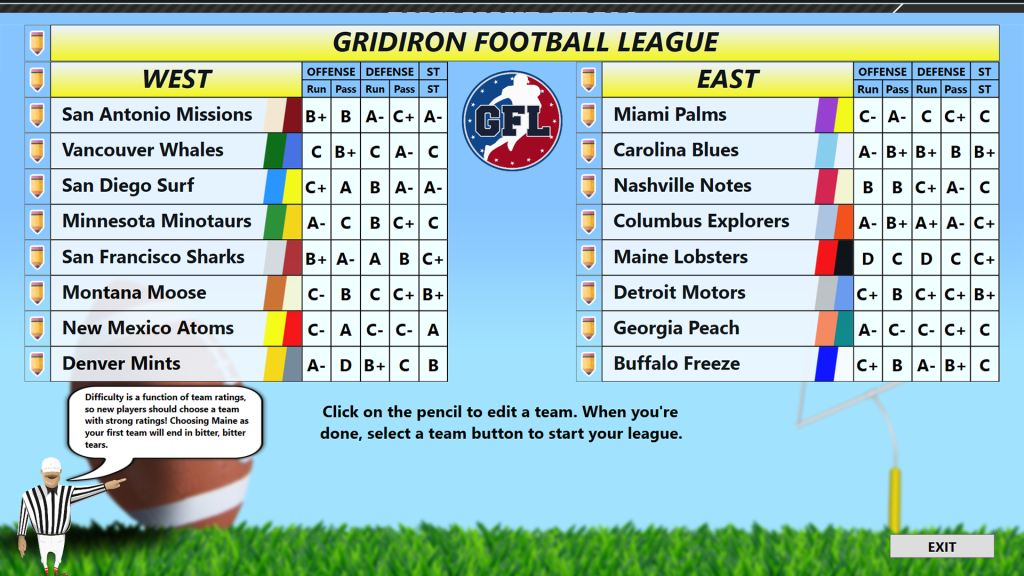