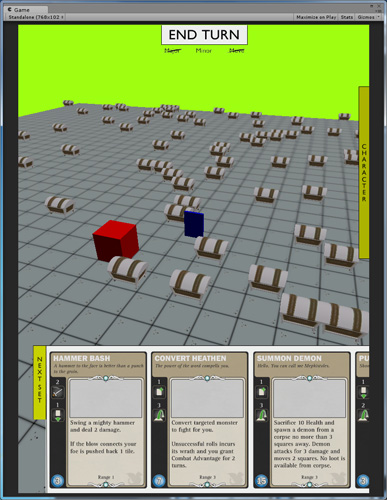 Card Dungeon! The very first screenshot leaked (well, not so much leaked as deliberatly placed on this blog)! Here we can see the player (blue) being threatened by a evil red box. In a giant room with no walls. And there’s a whole bunch of treasure chests. So what’s going on? Well, we have just put in treasures, corpse looting and are testing that (hence the treasures everywhere). The first pass of the in game UI has just been put in as well, so that’ll be tested as we go along as well of course.