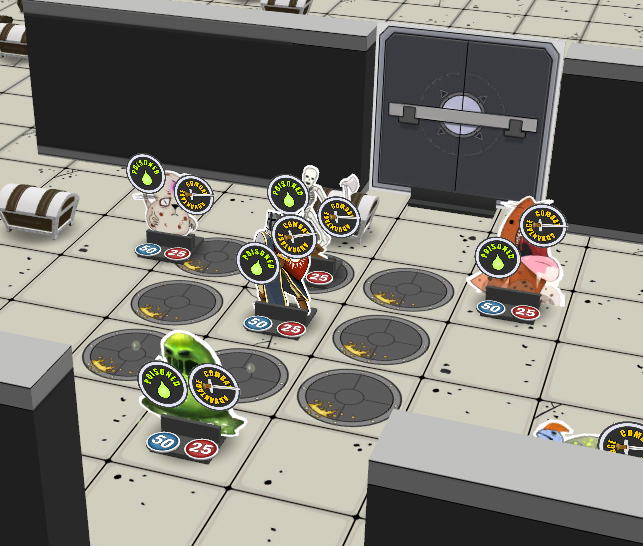 Card Dungeon is coming along slowly but surely. All game systems have finally been designed. There’s that point in my game design process where the last niggling major problem hasn’t been solved yet and all the features are just kind of and sort of related. Then  one day there’s this one idea and all the game systems starts working through this one major system and all the pieces fall into place and instead of being a bunch of separate pieces and functionality everything work together. At least  in your head. That’s what happened this week, so that’s awesome. Now we just have to “make” the pieces and parts.

I am chugging along creating art for it. One thing I did was to cut away some of the white around the monsters and player character. This reinforces the silhouettes for easier recognition as well as look cooler. It raised the poly count quite a bit, but I think it was worth it.